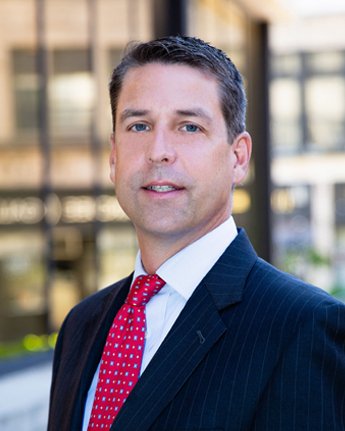 Attorney Robert G. Tukey is a Partner at Gould, Larson, Bennet, McDonnell, and Quilliam P.C. He is a graduate of Fairfield University and Western New England University School of Law. A native of Southeastern Connecticut, Attorney Tukey returned to the area to practice, primarily litigating marital and custody and personal injury matters, as well as handling real estate transactions and probate litigation. He currently resides in Niantic with his family.

Attorney Tukey has also focused on volunteering within his community. He is a Past President of the board and a coach for East Lyme Little League, and he has coached basketball and soccer for East Lyme Parks and Recreation. Attorney Tukey has served as a member of the board of the Children’s Museum of Southeastern Connecticut, the New London City Center District, and as Past President of the ARC of New London County. He is a past member of the finance committee and volunteer as a confirmation mentor at the Niantic Community Church.